So not for nothing, but we predicted this way back. I mean like prior to Biden taking office. His problems would not come from conservatives but from within his own party. And now almost 10 months into his first year, here we are.

The Squad as they call themselves, the radical left wing part of the democratic party, has taken Biden and Pelosi head on and won. Stopping a 3.5 trillion dollar bill aimed at infrastructure that had plenty of republican votes to pass.

We deep dive in what this means for both parties and the mid-term elections creep closer.

Editors note: This version of UF/UF The Podcast was taped just a few hours prior to the news that NBA legend Kobe Bryant was killed in a helicopter crash in Calabasas California.

Well what can we say, the clown show continues in DC on an epic level.  It’s safe to say it’s embarrassing to us all. No one is clean in this silliness.  Lets just all hope and pray it ends as quickly as possible. This proceeding serves no good purpose. 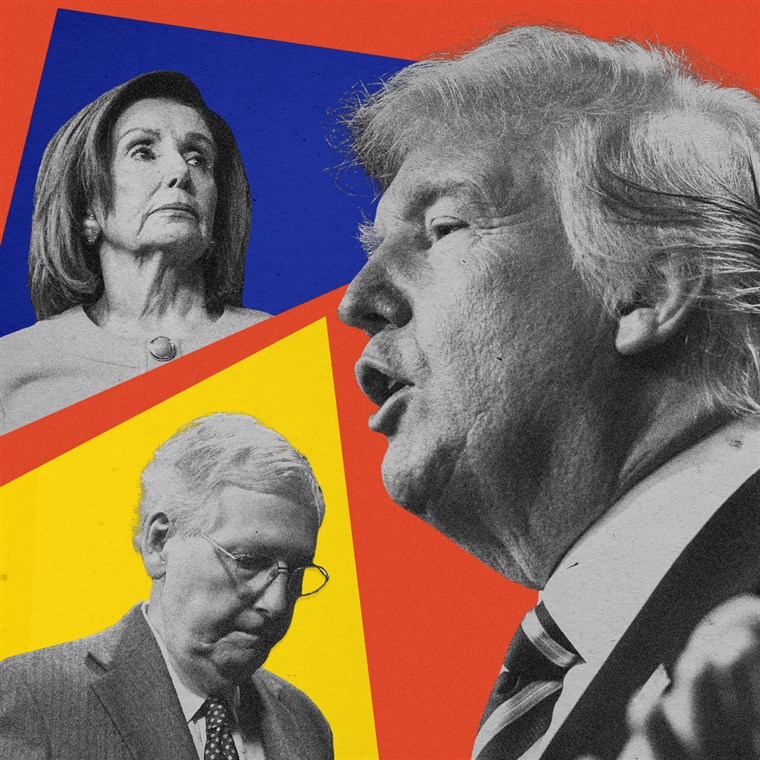 Can any one demonstrate their discoonnnectedness from us regular folks then by not knowing the price of things?  Please stop you silly conservatives.  That’s what women pay to get their haircut, especially in the DC area.

Meanwhile the impeachment train picks up speed with FOX News of all places reporting 51% of Americans want to see Trump impeached.  Sadly the train’s conductor might very well be it’s victim, as Trump continues to gift wrap evidence for the Democrats, and now some Republicans.  Please stop being dumb Mr. President. 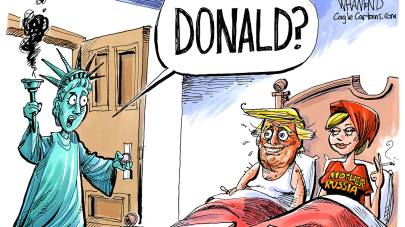 I think they’re both getting their money’s worth

As the Democrats wring their hands over the potential for impeachment hearings Trump offers some new red meat; effectively daring them to do it.

Make no mistake, there are almost no scenarios that have a happy ending for the Democrats here. Nancy knows it and she’s still hedging her bets becasue of it.

Click to hear our breakdown and our new bit UF/UF Crazy Bitch. 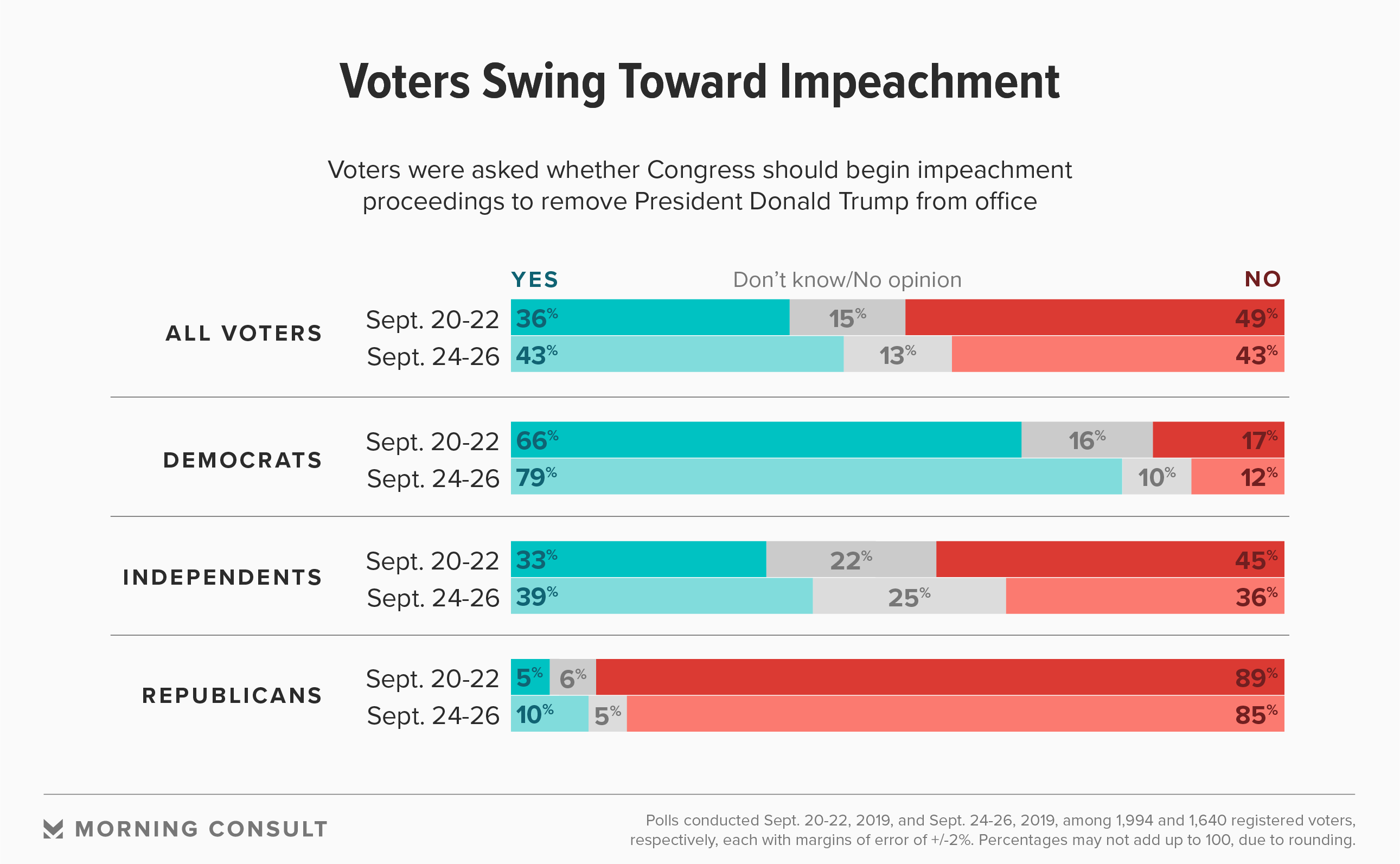 The Trump Impeach-o-Meter is getting worse for him.

Is this it?  Is this the moment?

I don’t think so but you never know with this guy. One thing is for sure, only Trump can take down Trump. It appears as if he’s working hard at it.

Look if Vice President Mike Pence questions your actions then you probably done f*ck*ed up at some point.

Should be an interesting few months ahead. 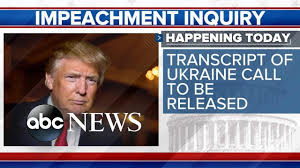 “If the President does it, it’s not illegal.”  – Richard Nixon

How’s about a kiss, sweetie?

You can put lipstick on a pig, but it’s still a pig. You can even give it a bath and put a bow around it, but when you hold it down its still gonna squeal.

I’m going to start calling it “Nobamacare” for all those people who’ve lost their coverage. This post isn’t really about that. It’s more about what they’re saying about it.

So, regarding good old Nobamacare, Nancy Pelosi comes out the other day and says “A belt and suspenders, the President’s going to put on one, we’re going to put on the other, and everything will be under control.”

No, Nancy, it will not be under control. It won’t even be sort-of not messed up. It’s a long way from being anything but the proverbial train wreck. I would ask how she could say such a thing, but…we all know better.

So, Obama comes out with a stumbling, ambling press conference, that amounted to “this is broken and we’re trying to fix it but it doesn’t look good.” The President actually said “The Federal Government’s doesn’t procure technology well.” Unbelievable.  After all this time, it was hard for me to believe he said that. As if it’s part of the reason. I could see some low-level bureaucrat offering this gem up, but not the President of the United States.  After all this time, you would think someone would tell our supposedly well-spoken president, “ Well of all the things you could say, don’t say….that.” It’s just insulting. Did you not think of this three years ago? Here are some direct quotes from the President’s press conference.

The truth is that this is, number 1, very complicated. The website is doing a lot of stuff.

There’s a bunch of pieces to it that made  it challenging.

Really, he said this.

Combine that with the fact that the Federal Government does a lot of things well, one of the things it does not do well is information technology procurement. This is kind of a systematic problem across the board. It is not surprising, then, that there were going to be some problems.

Well, see, sir, your office is referred to as the “Chief Executive.” So, this is kind of your baby.

We have to ask ourselves some hard questions inside the White House as opposed to why we didn’t see more of these problems coming, earlier on,  a: so we could set expectations, b: so that we could look for different ways for people to end up applying.

Might have wanted to ask yourselves some hard questions a long time ago.

In terms of what happens on November 30 or December 1, it’s fair to say that the improvement will be marked and noticeable. The website will work much better on November 30 certainly than it worked on October 1st , that’s pretty low bar, it will be working a lot better than it was last week, it will be working better than it is this week. Which means that the majority of people that go to the website will see a website that is working the way it’s supposed to.

I think it is not possible for me to guarantee, that 100% of the people 100% of the time going on this website will have a perfectly seem less smooth experience.

I’m reminded of Paul Rudd’s character in Anchorman, when he puts on the cologne ‘Sex Panther’ and says “Sixty percent of the time, it works all the time.”

Wow, yes, these are things our articulate, super-smart, President said about an aspect of something he’s staked his presidency on.

It feels like I’m watching a movie, where the leaders are insane but people don’t really believe it. Its similar to some theories of cognitive dissonance. Which means we see something that our mind doesn’t quite comprehend, that’s in conflict with our beliefs, and we try to resolve the equation, relieve the mental discomfort, try to regain our sense of normalcy. Like “They can’t really be that insane, can they? No, they just couldn’t be.”

Back to Nancy. I think she must be bordering on getting on the “Biden Rules” list. You know, not allowed to speak to the press,  please don’t comment on anything important, stay in the office and enjoy another gin and tonic. That kind of thing.

Because Nancy thinks we can fix the “Bill that we must pass so that we can know what’s in it” with a belt and suspenders.

Not going to be that easy Nancy. You can put lipstick on a….on yeah, I already said that.

All right, try this… if you like your pig, you can keep your pig.

“I’ll get you, my pretty, and your little dog too.” Maybe not a strong physical similarity, but I thought it was funny anyway

Nancy Pelosi once infamously said “We have to pass the bill so we can know what is in it.” Which seems to me a really stupid way to pass legislation that will have such a huge impact on our lives.

However, Nancy’s said some pretty stupid things in her time, particularly when it comes to healthcare.  In the following clip, she exhorts musicians to “Quit their jobs to explore their art”, because, don’t worry, the government will provide healthcare. Yeah, she said that. Watch the clip. It’s stupefying any one would say that, much less a politician. She said it’s “entrepreneurial.”

If you explore Pelosi’s thinking (such as it is) you realize why she would say such a thing. And that is because she believes healthcare is a “right.” She actually says that democrats have made it a right.

Here’s the “Bill of Rights.”  I see no healthcare amendment.

Here’s a Stanford Dictionary of Philosophy discussion of rights.

Before we go any further, I don’t believe we should leave people to die in the street, so hold off with the heartless conservative B.S.  I also don’t believe it is up to Nancy Pelosi to tell the population of the United States that they have to pull the weight of people that want to sit around and learn to play the jazz flute.  Yes, of course, I know it’s more complicated than that and that not everyone without healthcare wants to learn an instrument.  I’m making a point, this is a blog, sue me. I believe healthcare needs reformed. Insurance companies don’t do anyone favors. But I don’t think Obamacare or socialized medicine is the answer. I do think that Obamacare is the first step towards a socialized system, no matter how broken it is now. How do you fix Obamacare? Socialize the whole thing.

An article I ran across says it better than I ever could. Theodore Dalrymple is the pen name for Anthony Daniels, a British physician.  He wrote an opinion piece for the Wall Street Journal. I’ve quoted part of the article below, and linked it in it’s entirety at the bottom of this post;

If there is a right to health care, someone has the duty to provide it. Inevitably, that “someone” is the government. Concrete benefits in pursuance of abstract rights, however, can be provided by the government only by constant coercion.

Moreover, the right to grant is also the right to deny. And in times of economic stringency, when the first call on public expenditure is the payment of the salaries and pensions of health-care staff, we can rely with absolute confidence on the capacity of government sophists to find good reasons for doing bad things.

The question of health care is not one of rights but of how best in practice to organize it. America is certainly not a perfect model in this regard. But neither is Britain, where a universal right to health care has been recognized longest in the Western world.

Not coincidentally, the U.K. is by far the most unpleasant country in which to be ill in the Western world. Even Greeks living in Britain return home for medical treatment if they are physically able to do so

The government-run health-care system—which in the U.K. is believed to be the necessary institutional corollary to an inalienable right to health care—has pauperized the entire population. This is not to say that in every last case the treatment is bad: A pauper may be well or badly treated, according to the inclination, temperament and abilities of those providing the treatment. But a pauper must accept what he is given.

In any case, the universality of government health care in pursuance of the abstract right to it in Britain has not ensured equality. After 60 years of universal health care, free at the point of usage and funded by taxation, inequalities between the richest and poorest sections of the population have not been reduced. But Britain does have the dirtiest, most broken-down hospitals in Europe.

Whether for or against, you should take the time to go read the whole thing. It’s our philosophy that should determine our direction. Nancy Pelosi seems to be void of a philosophy that would respect the basic decency of Americans with the shallow notion that providing things to people contributes to their long term welfare, but in fact, over time, contributes to robbing them of their basic human dignity.