It’s tax day my friends! Well it was when we recorded this last night. For your sake I hope you are square with The Man. We all know what the IRS can do when motivated by a certain Administration, if you know what I’m saying. Anyway, pay your taxes you deadbeats, but first click the link.

Or find us here: http://unfilteredunfettered.podhoster.com/ Or go to iTunes and search Unfiltered Unfettered. Find the UF/UF icon, click, and enjoy every episode from season 1, 2, and/or 3.

Well this is just tired, polarizing, & out of touch!

Hill-dogg’s “Super Volunteers” have published a manifesto of sorts for journalists on what words can and can not be said when referencing Hillary as she runs for Pres. In a galactically super stupid move Hill-dogg’s team has put her behind the 8-Ball on day one. And she’s not running against anyone!

At least Gary has better taste in mistresses than Bill.

Be afraid, be very very afraid.

Prominent Democrat and former Colorado Senator Gary Hart, yes that Gary Hart, says Americans should be super frightened about the money being raised and subsequently spent by Hillary Clinton on her run for the White House. With some estimates in the billion dollar range, how much is too much when running for such a high office? We report you decide! 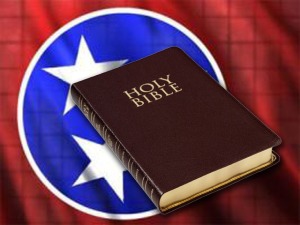 I vote for To Kill a Mockingbird.

The End of Days in Tennessee?

Taping the show last night a TN State House bill that would make the christian bible the state book of TN passed 55-38. Since that time the TN Senate has overturned said bill, thus averting Armageddon or the Apocalypse, depending on which of the 583 different versions of the christian bible you may or may not adhere to. Who the hell thought this was a good idea to start with anyway?

All this plus a pharmacist decides the only drug people need is God. Maybe Armageddon is upon us after all.