We don’t usually do themed broadcasts, but sometimes a good one just falls in your lap. Tonight’s theme? Well of course it would be fake news in some fashion or another.  We’ll touch on various forms of fake news, lazy news, news for profit, and good old fashioned manufactured news across an entire enterprise.

Oh and in case you were unaware, it’s also Masters week.

Tune in you don’t want to miss this, and that’s for real.

Not sure where the fake news is here.

Have no fear. We are on the case. Click the link and while we can’t really analyze the Pres, we will analyze the people analyzing the Pres.

Some dark days in Hollywierd these days. And by all accounts there is more to come. I’m not sure what’s more sad, the crimes perpetrated by this monster or the people covering up for him all these years,or the people running for cover now.

It’s not all dark here at UF/UF. T-Nak is back!

Also we are changing providers soon. Keep checking here on what you may need to do if you’re a faithful subscriber.

Oh My God. The creepy! It burns!

Does anyone know what’s real anymore? Does anyone really care? Did we really land on the moon? Did Sinatra’s fans really swoon? Click the link and we’ll tell ya. That’s as real as it gets folks.

You are welcome America! 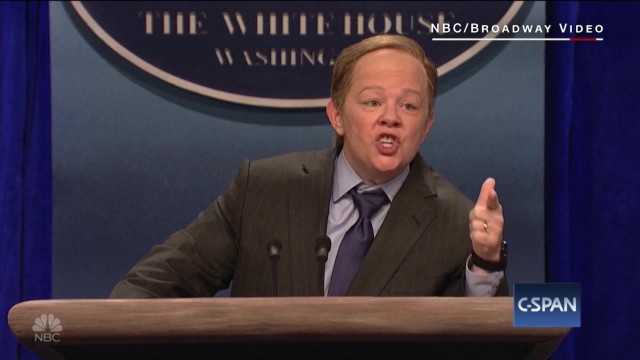 Real or just awesome? We report you decide!

Just in case you were wondering, this is the photo that comes up when you google Press Secretary Sean Spicer. What is real anymore?

Folks we don’t know what to tell you. If you’re going to be too lazy to read past a headline or two, you will be the pawn in the fake news game. Read the articles and reports. Don’t settle for some fantastical headline or tag line or blog title. This one included.

Click and listen. Then make up your own damn mind.

You are welcome America!

This is real news. This really happened. Or maybe it didn’t.

Anyone that knows me knows my opinion of the media. Particularly, the main stream media. They’re biased while thinking of themselves as fair. They’re about money.  I’ve blown that trumpet for years. Ask Fran.

We could talk about what you consider main stream, but that’s not what this column is about.

I’m not going to go into the details of this event, other than to say if you haven’t heard of it, Google it. The thumbnail is that Bristol Palin was involved in some kind of incident involving violence against her. As she recounted it for police, the audio was recorded. That audio was released.

Carol Costello, CNN Newsperson, introduced the audio by basically taking pleasure in it and laughing at it. She said “I’m just going to come right out and say it. This is quite possibly the best minute and a half of audio we’ve ever come across…Sit back and enjoy.”

Whatever your politics, the audio of a young woman engaged in violence against her was disturbing. Part of my own philosophy is a quote I’ve always attributed to Mark Twain; “Not everyone’s my friend, and I’d think less of myself if some people were.” If you took pleasure in listening to this simply because it was Bristol Palin, you suck and need slapped.

I’ve never advocated firing news people or people in the media for saying off-color remarks, simply making gaffes or saying stupid things. I say plenty of them. This is different. This speaks to something else.  Costello has come out since and apologized, which means nothing.

Some people have said, “What if this happened to Chelsea Clinton, she certainly wouldn’t have said that.” Which is true, and unnecessary. I find it unbelievable we have to make that point. Even in light of the nastiness that has been thrown at the Palins by those on the left since she’s been in the national spotlight.

In the midst of the recent glut of stories about domestic violence, this is abhorrent. Showing your bias is one thing, showing your bias by thinking a violent act against a young women is amusing or funny is something else.

I like to rotate the morning news channels. No sense watching just one. So, occasionally I have to pull myself off of “Morning Express with Robin Meade” which I consider to be like watching the news read by high school girls. Fluff stories read by eye-candy. Not a bad concept when you want a break from the dog-eat-dog political channels.

So, on CNN’s “New Day”  last week, Chris Cuomo and Ted Cruz have a heated exchange on Obamacare. In case you’ve not watched it, Chris Cuomo has kind of a smarmy personality to begin with. But, Chris, there’s no reason to be so obvious about your stripes.  If you’re so worried about people losing their health insurance, maybe you should upbraid someone from the Obama administration. They’ve invested their entire administration into a failed train wreck, and you’re asking Ted Cruz why he doesn’t fix it? So Cuomo says to Cruz: “You’re being a little dangerous with how much political spin you put on something that’s so central to the well being of so many families?” You’re lecturing Ted Cruz about political spin when the White House just met with a group of liberal reporters to start an all-out recovery campaign on Obamacare?

Chris have you been watching the news about Obamacare? Oh that’s right, you are the news. Nevermind.

Yesterday on “The Morning Joe” on MSNBC, they had a short video of Joe Biden buying some food in some subway stand. The bill was $56, he only had fifty, and had to borrow a few bucks from someone with him. Typical Biden-type stuff. However, the co-host of The Morning Joe, Mika Brezinzski, squealed in delight “Don’t you just love him? He should be the Vice-President for life!!”

No, Mika I don’t think so. I think it was dumb for you to even say it. Really, occasionally I’ve thought you were like a real journalist.  I’ll never learn. As far as Joe goes, botox, teeth-whitener and the tanning booth have taken him about as far as he can go. We still have him on the Big Board, but let’s be serious.  Your statement though does show the blind partisanship of yourself and the network to the party.

Hey Mika, just for a nostalgic stroll, let’s take a look at a few of Biden’s more notable gaffes. Just because it’s funny.

“I promise you, the president has a big stick. I promise you.” –Joe Biden, citing Theodore Roosevelt’s famous quote, “Speak softly and carry a big stick; you will go far.” (April 26, 2012)

“You know, I’m embarrassed. Do you know the Web site number? I should have it in front of me and I don’t. I’m actually embarrassed.” –Joe Biden, speaking to an aide standing out of view during an interview on CBS’ “Early Show,” in the midst of encouraging viewers to visit a government-run Web site that tracks stimulus spending, Feb. 25, 2009

“Jill and I had the great honor of standing on that stage, looking across at one of the great justices, Justice Stewart.” –Joe Biden, mistakenly referring to Justice John Paul Stevens, who swore him in as vice president, Washington, D.C., Jan. 20, 2009

One of my favorites:

“Look, John’s last-minute economic plan does nothing to tackle the number-one job facing the middle class, and it happens to be, as Barack says, a three-letter word: jobs. J-O-B-S, jobs.” –Joe Biden, Athens, Ohio, Oct. 15, 2008

“You cannot go to a 7-11 or a Dunkin’ Donuts unless you have a slight Indian accent…. I’m not joking.” –Joe Biden, in a private remark to an Indian-American man caught on C-SPAN, June, 2006

“A man I’m proud to call my friend. A man who will be the next President of the United States — Barack America!” –Joe Biden, at his first campaign rally with Barack Obama after being announced as his running mate, Springfield, Ill., Aug. 23, 2008

Vice-President for life?  Nah, don’t think so. Although, in honesty, he’s probably at least as funny as Will Ferrell. Go back and look at the list and read those quotes in your mental “Will Ferrell” voice. That’s comedy right there!

Well, back to Robin. Lovely ear-rings this morning! I love those baby pandas and water-skiing squirrels!!

Big show for you tonight.  We are media-centric at UF/UF for episode 18, as we take on the media’s reaction to our reaction to their constant retractions.

Click the link or chose other options below and listen to this podcast, unless of course you hate media accuracy.

Episode 18: If falsely accusing you is wrong then I don’t want to be right.

Go to iTunes and search for unfiltered and unfettered and you will see our new UF logo. Click, enjoy, write review.

If you don’t use iTunes, you can find us on Podhoster: http://unfilteredunfettered.podhoster.com/

On to the tease. 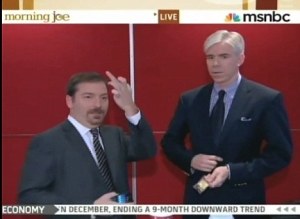 Chuck gives not one F*&k about what facts you think you’re entitled to.

After falsely identifying the wrong man as the Navy Yard shooter, Chuck Todd blames the police first, then the lack of correct info.  He then turns his blame game on social media as they react to his bumbling, stumbling, & fumbling.

Black is slimming Wolf. Everyone knows that.

CNN and Wolf Blitzer follow NBC over the cliff naming an innocent man as the Navy Yard shooter.  Blitzer slow to scramble as Chuck Todd of NBC begins scrubbing twitter clean of the egregious error.  Wolfe recovers in time to blame initial reports as inaccurate.

He’s only a vessel.

T-nak off his game.  Blames the Cleveland Browns!?!?

Prior to getting first envelope, T-nak learns the Browns trade Trent Richardson to the Colts for a draft pick. He still got all three answers correct, but he wasn’t too happy about it. My question is, why didn’t he know about the trade before it happened. Hmmm…

That and so much more on Episode 18: If falsely accusing you is wrong then I don’t want to be right.