One of my favorite sporting events is the professional feces toss in the gorilla cage at the zoo. The absolute euphoria on the faces of those gorillas as their excrement slams against the glass after they’ve hurled it at an unsuspecting zoo patron is, as they say, priceless.

Sometime imitation is not the purest form of flattery. And quite frankly it diminishes the original in a lot of ways. Well thanks to the Democrats and Republicans my fav sport has been ruined. RUINED!

Click the link to hear Tony and I break down the shit tossing that was the impeachment hearings and Democratic Presidential debate this week.

You won’t be disappointed.

Well… you probably will be, but I get paid by the word so… here we are. 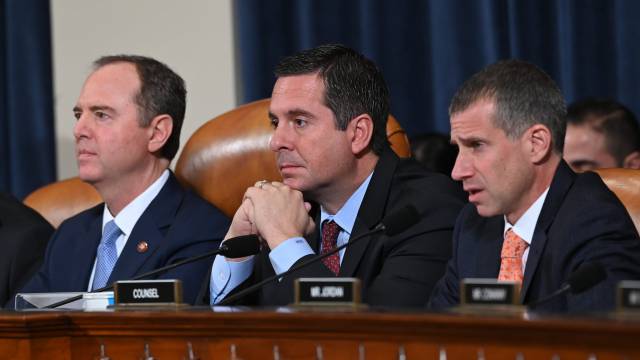 Get you a girl that looks at you the way No Nuts Nunes watches his witness kill his case.