One Joe out, one Joe out in front. One Joe came to his senses, one Joe losing his.

Don’t miss this dichotic episode of UF/UF the Podcast.  We lament why Joe Biden didn’t heed our warning and we strain hard to remember who Joe Sestak is and why he’s in the news.  (Spoiler! He ran for president.) ((Double Spoiler!! No he didn’t.))

Click for god’s sake. Your life may depend on it. (No it won’t)

The curtain may be ready to drop on Joe B.

One of my favorite sporting events is the professional feces toss in the gorilla cage at the zoo. The absolute euphoria on the faces of those gorillas as their excrement slams against the glass after they’ve hurled it at an unsuspecting zoo patron is, as they say, priceless.

Sometime imitation is not the purest form of flattery. And quite frankly it diminishes the original in a lot of ways. Well thanks to the Democrats and Republicans my fav sport has been ruined. RUINED!

Click the link to hear Tony and I break down the shit tossing that was the impeachment hearings and Democratic Presidential debate this week.

You won’t be disappointed.

Well… you probably will be, but I get paid by the word so… here we are.

Get you a girl that looks at you the way No Nuts Nunes watches his witness kill his case.

If you’ve ever consciously uncoupled or have been self-partnered, well my friend you just might be an idiot. If you’ve referred to yourself or others with a pronoun besides  he/she or her/him, well you are an idiot.

We are in an epidemic people; an epidemic of asshattery on a literary scale.  Would you like to know more? Click the link and we’ll break it all down for you. But you ain’t gonna like it. The Hollywood ranks renaming shit I mean.

You’ll love the podcast, as always.

This hottie is self-partnering.  Yes, I’d pay money to see that.

Democratic leadership has made it perfectly clear; they have no leadership. So the smart play, in their minds, is to find a new candidate. You know cause it ain’t like they don’t have 40 to pick from already.

That should work out for them.

Click the link to find out why it won’t and more importantly find out the top 5 candies you should be stealing from your kids trick-or-treat bag this year.

20 MF’rs to choose from and not a solid candidate in the  bunch! 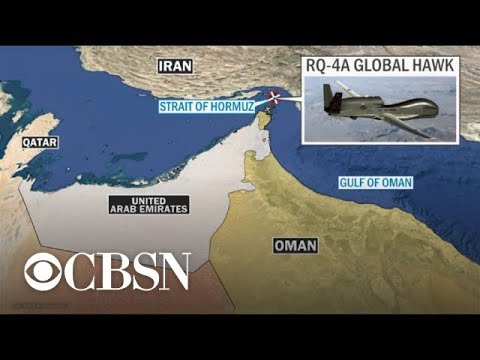 I was about to say “The long awaited Democratic debate has arrived.” The problem? I don’t think anyone really gave a rats behind about it. I know I wasn’t all that keyed up for it. But hey I work here so I live tweeted the thing and then we podcasted about it.

Try not to be overwhelmed with the big build up there. But if this week’s Dem Debate is what that party has to offer then I’m pretty sure the democratic party is in deep trouble. Which is funny cause the talk for months has been about the demise of the republican party over their lack of leadership and ginormous presidential field. But these five Dem goofballs, criminals, hangers-on, and avowed socialists may be spelling the end of the Democratic party as we currently know it.

Anyway click and hear what we have to say about it. It’s pure genius. Trust me, I’m from the government, I’m here to help.

Hey Martin, that’s the end of your career you’re pointing at.

Help us crazy Joe, you’re our only hope!

Foreign policy is an area I can imagine that this is true. It wouldn’t surprise me to find out that once you get elected president, you start finding things out that, had you known them before, may have made you feel very different about your predecessor, or may have made you realize that things you were campaigning on weren’t very realistic in the first place. Things like “foreign policy will change under my administration.” I’m sure Obama’s not the first to learn this.

So the Ukraine is in a meltdown. To be clear, the whole thing is quite unclear.

In a recording that’s been leaked between assistant secretary of state Victoria Nuland and Geoffrey Pyatt, ambassador to Ukraine, while discussing the Ukrainian situation, Nuland says “Fuck the EU.” (I guess they thought they were exempt from everything being recorded?) The recording is linked below. While the conversation received press because of her use of the F word towards the EU, the conversation’s value really lies elsewhere. The topic of the call is who they intend to support coming to power in the Ukraine. If anything good could be said to come out of the Snowden incident, it should be that we can certainly say we don’t know what’s going on in our government, and we don’t know what they’re doing.

We, the American citizen, have no real way to understand who the good guys and the bad guys are. Remember, the deposed president, Viktor Yanukovych, was democratically elected. He is, however, a bad guy. When you fire on your own people, you’re a bad guy. There are some real bad people on the other side as well. Regardless of who we, the United States, decides to support, our track record on supporting good guys isn’t that good. We supported a lot of good guys who turn into bad guys.

Part of the reason we have no way to figure it out is the sorry state of our media today. We’re not going to get any decent investigative reporting on the situation. What we’ll get will be packaged for what we like. We’ll get packaged news. Once the politicians determine who we’re for or against, (and they already have) then that’s what we’ll get.  So, if you’re just reading straight American media, NBC, CBS, ABC, CNN, Fox, you’re not going to get the whole story. You’re getting packaged American news.  Make no mistake, there are some very bad guys on both sides of this situation.

Let’s talk about the Russians for a second. If the Russians were mucking about in, let’s say Mexico, or Panama, or, let’s say Cuba, how do you think we’d take that? Probably not very well. Make no mistake, Putin’s a bad guy. But we haven’t hesitated to back him in a corner since the end of the cold war.

American foreign policy hasn’t really changed in about 50 years. However, the execution of the policy is a different story. The current administration seems to not only be bad at it, and in the case of Benghazi, unable to read the current tides, but then lie about things when they go bad.

Biden, in case you’ve forgotten, repeatedly ripped Obama on his knowledge of foreign policy when they were both running for president. Yea, you could overlook it as campaign talk if you want. Robert Gates in his book “Duty: Memoirs of a Secretary at War” is not particularly complimentary to Biden on foreign policy, nor is he complimentary of Obama towards the military leadership. Obama, among other things, has said “there will be consequences” if Ukraine “crosses the line” with the protestors. He’s also said “The United States will stand with the international community in affirming that there will be costs for any military intervention in Ukraine,” At this point I believe that is simply rhetoric.  I hope it is.

I know our own country has been willing to engage in military action we have felt necessary. Not everyone in the Ukraine is unhappy about the Russians being there. It’s a diverse country separated by culture, religion, geography, ethnicity, you name it. So now we’re calling Russia’s actions “an invasion” because they’re the bad guys.

Sergiy Aksyonov, the leader of the autonomous Crimean region, last week issued the statement “I call on the president of the Russian Federation, Vladimir Putin, to provide assistance in securing peace.”

I don’t know anything about foreign policy. I’d like to leave it to smart people, I just don’t know who they are. If you want to learn about what’s going on in the Ukraine, you can’t just stick to American news outlets. That’s a shame, but I believe it.

If you want to listen to something interesting, click on the “Democracy Now” link below and listen to the interview with Stephen Cohen.

Arseniy Yatsenyuk, an opposition leader, concluded an interview last week by saying “Ukraine is in a big mess.” Yes. A mess Indeed.

My Tweets
Unfiltered and Unfettered
Blog at WordPress.com.