Well it was inevitable.  It was to me anyway. And I won’t back away from the fact I offered this advice to former Vice President and friend of the show, one Mr Joe Biden a long, long time ago.

In fact it was never time to come.  You should have listened to your most accurate and most honest advisor, me, and stayed the hell out of this one.  Let Faux-cohontas or “The Mayor”, or Spartacus take the beatdown that’s coming your way.

You’ve had too great a career, Mr. Vice President, to chuck it in the sewer with that swine in the White House or the clowns running in your own party.

Your family loves you, your state loves you. Go back to Delaware and enjoy your lifelong victory parade.

And no Joe, you were not in Miami last night, that was Grand Rapids, Iowa.

Is it any wonder Sandy Hook, where a school full of little kids were murdered, has had zero effect on guns and gun crime in this country? But you can forget blaming the guns. And stop blaming the shooter for that matter. This issue rests squarely on the two sides who only want to score political points instead of solve anything.

Go to iTunes and subscribe to Unfiltered Unfettered, and tell your friends if you have any. 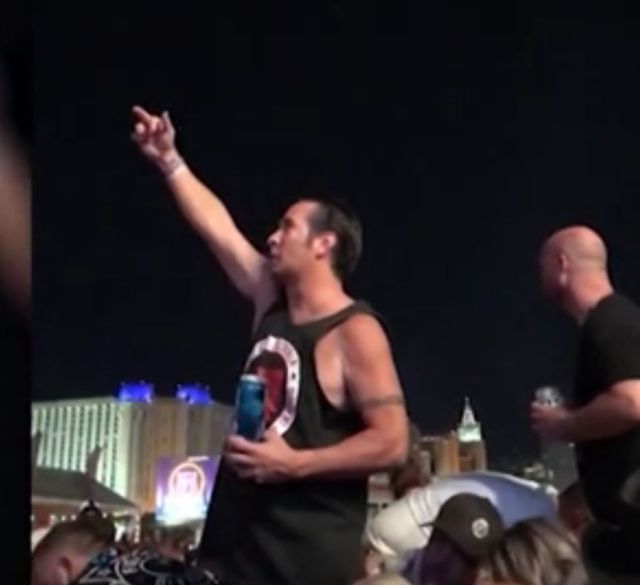 Flipping off the Vegas shooter during the rain of gunfire. This is the hero America needs.

Ok kids, into the shallow end of the pool.  We gonna talk bout dem squirreley rifles.

I mean with statements like “Guns don’t kill people, people kill people,” we have no choice but to engage the shallowest of brain pans, don’t we?  Is there anyone in the modern world, to include half wits, that does not accept the fact that a person must pull the trigger for any gun to operate?  Is there?  If you are one of those people, raise your hand so we can mock and humiliate you.

However, for some reason this is the defense offered by the NRA and gun lobby when gun reforms or assault weapon bans are brought up.  But wait, just as it is for your favorite hymn in church there are always a few more verses that never get sung cause the preacher took to long with his sermon, so it is with the tune carried by the NRA.  Another verse is this: “Alcohol, cars, trains, sleeping pills, (just insert any object here) kill people too, we should ban them.”  And the ever popular 3rd verse, “well then brushes painted the picture, not Picasso, pencils wrote the sonnets, not Shakespeare.”

It’s just so tiring sometimes.  First of all, as my cousin Kate can attest as a pen/writing implement expert, Shakespeare did not write with a pencil.  He used a quill, and I’m all for banning those.  Sorry Kate, but I have to draw the line somewhere.

So we are led to believe the best retort the NRA and gun lobby has is a lot of objects kill, and based on the logic applied to guns, they should be banned as well.  This outlines my problem with the NRA; they treat me like I’m stupid, like I’m from the planet moron.

Let me say, I am against banning guns for a lot of reasons.  Read to the end, if you dare, to see said reasons.  But even I, apparent mayor of stupid towne (Linardo 2016!), can see the fallacy of the “….people kill people” argument. Here it is, in simplest form.  Of that list laid out by the NRA: cars, trains, alcohol, medication, baseball bats, rolling pins, and guns, which is the only item, if used properly as prescribed by its manufacturer, is designed solely for the purpose to kill another person?

Waiting…  Gonna need your answer… Ok times up, guns is the answer, we were looking for guns there.  Sorry.  Johnny, tell them what they could have won.

All the items listed above can kill a person, no doubt about that.  All probably have been intentionally used to kill a person.  But none of them, except the gun, were created and designed to kill.  So can we please, for the love of Smith and Wesson, drop the idiotic pretense that guns don’t kill people and were not designed to kill people.  That is in fact the express purpose for their invention and now mass production.  When used properly guns are the most efficient killing weapon ever devised.

And here is why we should not and can not ban them.

First of all, regardless of your interpretation of the 2nd amendment, it has come to be equated with a citizens right to bear arms.  I happen to agree with the interpretation that it was meant for a well armed militia not individuals, but I also believe in this day and age a person or family should be allowed to own a gun to protect themselves, their home, their property.  For those who think owning a gun gives them a chance to defend themselves from the government, you need help, for a lot of reasons.  Most of all because you assume the military would side with the people and not the government.  And you stand no chance against the greatest military ever to walk the earth, my participation in it for 22 years not withstanding.

Second reason: how could you do it?  It’s simply not practical to ban guns.  Not in this country.  Too many of us, too many guns.  The freedom to own one too ingrained.  It is part of our heritage and in my opinion should be embraced.

So look, even though I believe the ability to legally obtain guns did have an impact on Newtown; had his mother not been able to purchase those guns the murderer might have been stymied. Maybe not, but there is a good possibility.  I don’t think banning citizens from legally buying guns will stop much of the gun violence.  Not now, it’s too late, we are too far down the road. Countries like England and Japan, where guns deaths hover anywhere from 11 to 41 a year (as compared to 10,000 a year in the US), got an early jump on gun control.

Countries like Switzerland, where most males have, or are required to have a gun, have almost no gun deaths.  Switzerland had 57 deaths by civilian guns in 2012 with almost 3.5 million civilians owning a gun.  We can’t go the route of Japan and England.  Our horse, as it were, has left the barn already.  I also don’t think we can arm every male like Switzerland.

We have to find another way.  But we’ll never even get the conversation if all we have is “Guns don’t kill people…”

Like wise the gun control lobby has to stop using the term assault weapon.  There is no such thing as it relates to guns.  Every item on the above list is an assault weapon when used on another person with the intent to do harm.  Calling a gun an assault weapon is redundant and generalizing.  It’s almost as dumb as the Guns don’t kill people line. 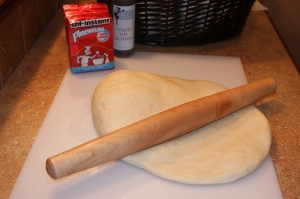 The rolling pin could easily be an assault weapon.  Please don’t ban my rolling pin, because when used properly, it makes pies.  And who among us denizens of planet moron doesn’t like a good pie?

Raise your hands so we can mock and humiliate you.