Yeah, Texas. It’s big. It’s bad. It’s prepared for invasion? The Governor of Texas is here to say if you want some of the Lone Star State you had better come correct. The Texas Guard (not to be confused with the National Guard of Texas) is prepared to repel all invaders domestic or ya know, domestic.

Or find us here: http://unfilteredunfettered.podhoster.com/ Or go to iTunes and search Unfiltered Unfettered. Find the UF/UF icon, click, and enjoy every episode.

Took out Wendy Davis. About to take out the Navy Seals.

Come at me bro!

Governor Abbot of Texas has ordered the Texas State Guard to monitor the joint special forces exercise known as Jade Helm 15. After Army Lieutenant Colonel Mark Lastoria went to Bastrop Texas to assure the folk they were not being invaded Governor Abbott called out the Texas Guard, at considerable tax payer expense, in case the Colonel Lastoria is a liar. 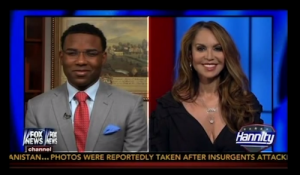 Come at me Bro, part II

Pam Geller hosts a Draw Mohammed contest with $10,000 American to the best cartoon of the prophet of islam. When Islamic terrorists open fire on the art contest a security team shot them dead. No other injuries reported. Not sure why that’s funny to me, but the image of these scary terrorists being shot seconds after they attacked just makes me laugh.

Texas Ranger Chuck Norris (not really, he’s from Oklahoma), is ready to throw down with the nation’s top special forces units if they try anything hinky in Texas. Can Chuck take down the Navy Seals, Army Green Berets, and Air Force Combat Controllers? We report, you decide! (But yeah, we think he probably could, it’s Chuck freaking Norris!)

All this plus Nevada unveils the first autonomous trucks. They’re on the road, and they are un-manned. Sign of the Apocalypse? Yes, yes it is.

Click the link, then gather your loved ones and head for the hills. The trucks are coming.