Guess what gang, it’s election season. The mid-term elections are upon us and the candidates are cranking up the stupid. From a cripple bashing Dem running for Governor in Texas to a tight lipped Dem running for Senate in Kentucky, Hupp and I cover all the gaffes fit to mock. Plus –  dwarf strippers impregnating an entire bachelor party! Well not the entire party, just the bride to be. Either way that’s a quality show right there. 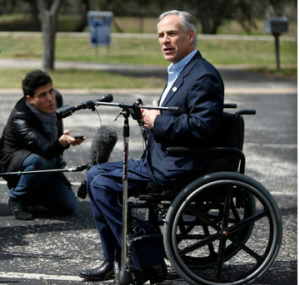 Would you kick this man? Wendy Davis would.

You gotta problem with that! Well Texas Democratic gubernatorial candidate Wendy Davis doesn’t. She unveiled an ad this week in which she takes shots at her challenger, a wheelchair bound paraplegic, for being in a wheel chair. She’s down big in the polls so it’s not an unprecedented move and the ad is not nearly as bad as we’ve all made it sound. But still the optics of the whole thing in unseemly and probably only hurts her in the long run.

Uh yeah it is. Married only 9 months, a young husband is taken aback as a dwarf baby is brought to him in the hospital. Thinking the nurse brought the wrong baby from the nursery, his wife confesses to having sex with a dwarf stripper the night before the wedding. Holy crap. I. Can’t. Even.

What up bitches! Kim Jong back in the hizzouse!

Return of the UN!

He’s back! And he’s ba…. no he’s limping, and walking with a cane. Kim Jung Un had been out of the spotlight in North Korea for a while now. After a plea from the UF/UF audience, Kim reappears. Looking doughy, ill, and limping, the dear leader doesn’t look long for this world. We report, you decide!

All this plus a new game show from the twisted mind of Hupp. Not sure he’s settled on a name yet, something like Politcal-ictonary or Stump the Dummy, or something. Either way, it’s all designed to make me look the fool on a semi-live broadcast. Tune in to see if Hupp can trip me up!