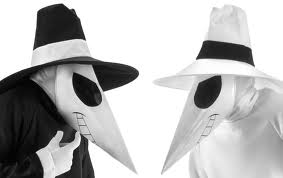 The story, as many do, starts a long time ago.

At this time, however, here’s how it goes.

Until recently, Feinstein defended the CIA and the NSA staunchly.

She’s in a process of investigating CIA enhanced interrogation activities during the post 9/11 Bush administration. However, what happened at that time was much worse than any of us know. If you’re unaware of that, well, you need to read about the rendition programs. It’s linked below. Rendition programs have existed for years. We sent people to Syria, and took people from Iran. The enemy of my enemy is my…well, you get it.

But all of a sudden, Feinstein is the target of the CIA. The target of the intelligence community. The CIA is screwing with her and her staff. The CIA is hacking their computers, etc. She is saying that the CIA is out of control. Are you getting this? This is movie-type stuff. One of the biggest defenders of the intelligence community is saying “Hey, they’re out to get me.” It’s like a Schwarzenegger movie.

The problem is that the Senate intelligence committee wants to release a report on those activities, and the CIA doesn’t want the report released.

Feinstein said “I have grave concerns that the CIA search may well have violated the separation-of-powers principles.”

A lot of senators, from both sides of the aisle, have weighed in on Feinstein’s defense.

John Brennan is the head of the CIA. He’s not happy over what Feinstein has said. He said “If I did something wrong, I will go to the president and I will explain to him exactly what I did, what the findings were, and he is the one who can ask me to stay or to go.” On Tuesday, Brennan strongly denied Feinstein’s allegations, claiming “nothing could be further from the truth” while rolling his eyes.

Brennan was nominated by Obama. His nomination was held up by the widely reported filibuster given by Rand Paul over the use of drones.

Obama, when asked about it on Wednesday, said:

“With respect to the issues that are going back and forth between the Senate committee and the CIA, John Brennan has referred them to the appropriate authorities and they are looking into it and that’s not something that is an appropriate role for me and the White House to wade into at this point.”

So, this is a little like Santa saying “Christmas? Not my business, the elves can figure it out.”

Whether you’ve supported Obama or not, whether you’ve stuck with him through all the other scandals, this one is hard to get by. He has to do something. Once again, when leadership is called for, he is standing on the sidelines. If you’re supporting him through this, you should ask yourself why.

Admittedly, I’m not doing this story the justice it deserves. Do yourself a favor, and at least read the story from “The Hill” linked below.

One comment on “Spooks, spies, and the most important story you’ve probably not read about”