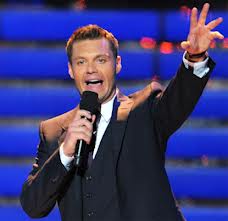 And the next President of the United States is…..

According to a recent Rasmussen poll, only 29% of us think that congressional incumbents deserve reelection. From Rasmussen polls:

“More disturbing for Congress members in an election year is that just 22% think their representative is the best person for the job and only 29% believe he or she deserves reelection. Both are new lows in surveying going back to November 2009.”

Forty-six percent (46%) say their local member of Congress is not the best person for the job, while 32% are undecided. Similarly, 43% think their representative does not deserve reelection, while 28% are not sure.

Just 12% of voters think the House of Representatives is doing a good or excellent job, but most voters don’t think adding members to the House would improve its performance.

Most voters in nearly all demographic categories rate Congress’ job performance as poor.

Interestingly, though, there’s general agreement across gender, age and racial lines that their local representative doesn’t care what voters think.

However, if statistics hold true (and they will) we’ll reelect these people at the same rate of tin-pot dictators in a banana republic. You think the Crimean vote was stacked? It’s not hard to explain when you look at our own results.

So why? Why do we reelect people who, when polled, we profess do such a terrible, terrible job? (I’ve written about this before, check here).

I don’t know, it’s a good question. I’m sure there are a lot of reasons. Money. Maybe it’s the system. Systems create behavior.

So, I suppose, when we go to the voting booth, we just vote for the guy that’s on the ballet. Most of us don’t participate in the process, only the final outcome. You know, like “I haven’t really been involved or paying attention, but I’m not going to vote for that guy, so I’ll vote for this idiot.” Something like that. How else do you explain it? In polling, these people are consistently rated terrible, yet we keep voting them in.

In some ways, it’s worse with the president. Polling numbers for his programs remain low, yet job satisfaction polls hover between 47-49 %.

I suggest we elect politicians, especially the president, by a televised game-show. Think American Idle. The Voice. Jeopardy. At least we’d get a higher number of people involved.

No million dollar campaigns. No mud-slinging. Just bring it on contest night.

We could do it in rounds. We could start out with an audition round. They could start out by being on a stage and giving speeches “Why I want to be the president.” We could have a celebrity panel, but we’d have computerized voting as well, so they wouldn’t just be picked by the celebrities. You know, Randy could influence people, pump some folks up, “That’s my Dawg!!” Simon could come back with “Seriously? You sound like my drunken uncle at the summer bar-be-cue.”

Then we could vote. Outside, that short dude would be waiting. Michelle and the girls would be out there and Barrack would come out with his hands behind his back and say “Guess who’s going to Hollywood!!” and start waiving his golden ticket around.

Vote on your computers! Mobile accessible or text your vote to……all charges apply.

Then we could have another round where you get asked questions on stage, maybe Tom Bergeron asks things like “How many states are there?” Mr. Obama? “53?” Ohh, nooo, sorry, that’ll cost points. Ok, Mr. Romney, “What percentage of people don’t pay taxes?”

Maybe a round with Regis Philbin: “Mr. Paul, is that your final answer?”

After thinning the numbers a little, we could have a Jeopardy round. Romney, “Alex, I’ll take “80’s Foreign Policy” for a hundred, please.”

Then it could come down to finals night. The challenge…give your inauguration speech in five minutes. Then the final two, (or three?) contestants would give it their best shot. Afterwards, we’d all be treated to Beyoncé belting out a tune, or maybe Wild Cherry could come out and have Bill Clinton do a guest Sax solo, give everybody a big wave, create all the excitement. Then, the results are in, America’s voted, and the next President of the United States….will be announced right after this Cialis commercial.

Yea, it’s shallow, but is it any worse than we’re doing now?

Error: Twitter did not respond. Please wait a few minutes and refresh this page.