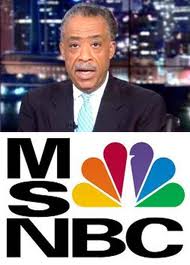 I credit Tony with a lot of things.  My pursuit of a grad degree, becoming more well read, working hard at becoming a better writer; all things inspired by him.  As it turns out the thing he’s changed my mind on the most is the one thing I used to mock him for.  Well, I used to, and still do, mock him for a lot of things, but those usually revolve around sports.

The one issue we used to go round and round about was the media and it’s perceived bias.  Conspiracy nonsense, I used to yell at him. What an idiot I was.  Holy cow. I’m not sure I’ve been more wrong about anything.

Politics not withstanding, the media is really showing it’s bias over the George Zimmerman trial.  Tony talked about it during our last podcast in his “Bully Pulpit” segment. But as bad as the media bias is, the media stupid is even worse.

The verdict is in, a jury of his peers has ruled Zimmerman innocent of all charges.

On NBC we have the weekend fill in anchor, Goldie Taylor actually say, “Open Season.” When she was called out for inciting violence against Zimmerman she was forced into a lengthy explanation of the meaning of her words.  Paraphrasing her drawn out defense – It was for all black mothers who are now afraid it could be their son next.  Yeah, here’s a tip Goldie, if you have to take an hour to explain something it took you 3 seconds to say, you need to think more before you speak.  Or in this case tweet, making even more stupid considering she could have edited it or deleted it all together before hitting the enter key. The damn system even asks “Do you want to tweet this out to your followers.”

Goldie’s issue was not one of stupidity as much as narcissism.  She just naturally assumed everyone was thinking the way she was and we would all understand she meant open season on black youth instead of open season on Zimmerman. Ya know, cause even though twitter was exploding with death threats against Zimmerman, the judge, his lawyers, and the jury, we would naturally assume Goldie’s tweet was talking about the children.

Then we have my good pal from Atlantic City, Al Shaprton.  He was so incensed on MSNBC that it was tougher than usual to understand what he was saying.  But he claims he was on the phone with the DoJ between lawyer press conferences and he’s urging the government to pursue a federal civil rights investigation.

Hey AL, I’ll stand with you if you apologize to the members of the Duke Lacrosse team, whose lives you destroyed.  No, ok then STFU!

But the best of the night, or worst, comes from Pete Dominick, a radio personality and comedy writer.  He does a political radio show on Sirus/XM called Stand Up with Pete Dominick.  I’m going to have to show you the tweet, it’s just that stupid.

No Pete, not even close.

Others have since picked up on the comparison, celebrity and sports personalities alike.  Even the lawyers for the Martin family have made the connection to Emmitt Till and Medgar Evers.

And they are dumber and more disrespectful than Dominick.

For those of you not aware, Emmitt Till was a 14 year old boy killed in Mississippi in 1955 after speaking to a white woman.  The woman’s husband and a friend took Till from his home, gouged out his eye, beat him senseless, and shot him through the head.  After they were acquitted and under the protection of double jeopardy, the two toothless morons did a magazine article admitting that they killed the boy.  Till’s murder was largely seen as one of the first triggers to the civil rights movement.  Grasp tightly to that last sentence as I make this point.

Medgar Evers was a field secretary for the NAACP in Mississippi and civil rights leader in the 60’s.  Evers was assassinated 12 June 1963 in his driveway, allegedly by Bryon de la Beckwith.  I say allegedly because Beckwith, facing overwhelming evidence, escaped justice as both trials failed to reach a verdict.   Since no verdict was rendered, Beckwith did not enjoy the safety of double jeopardy as the Till murderers did.  Beckwith was finally convicted in 1994 by Mississippi state prosecutor Bobby DeLaughter.

Thousands attended Evers funeral in Mississippi and he was finally laid to rest in Arlington National Cemetery.  Arlington, where the nations heros are buried.  It’s a fitting place for Medgar Evers.  I have no problem with him being buried with people who sacrificed their lives for our, (read Americans), freedoms.  Evers made such a sacrifice.

Trayvon Martin made no such sacrifice.  His role in the civil rights movement will end the minute the likes of Jesse Jackson, Al Sharpton, Michael Moore, et al are done squeezing every bit of notoriety from Martin’s blood.  Then they’ll drop him where he lay and move on to the next outrage.  That’s how they operate.  I’ve known Al a long time.  Way back when, before the country knew him, Al used to block the Atlantic City Expressway in an attempt to disrupt the casinos.  Not sure why.  And he was gigantic, meaning fat.  Radio stations used to run contests, with a t-shirt for the person who found the proper junk food, laid in a trail, that would lure Al off the expressway and to the side of the road. Such the joke he is.

Trayvon Martin should be alive right now.  Zimmerman acted foolishly, and one bad decision after another led him to the ultimate bad decision.  He killed that boy.  For no good reason.  Zimmerman put himself in that jam, and he used a gun to get out of it. His only good decision was to be a resident of Florida as the Stand Your Ground law saved his ass.

Trayvon Martin’s death is tragic, as is every needless death, but there is no way it rises to the level of social or civil rights import as Evers and Till.  We know Martin and Zimmerman were fighting, were in a physical altercation, were face to face, exchanged words and punches.  Martin fought back.  By most accounts Martin was getting the better of Zimmerman, which is most likely why Zimmerman shot Martin.  Not so with Till and Evers.

Till, a 14 year old boy, was taken from his home in the middle of the night by two hooded men, bound, tortured and murdered.  Evers was shot in the back getting out of his car with a WWI sniper rifle, again middle of the night, by Beckwith, who was hiding in the bushes across the street.  Neither Till, nor Evers had a chance to fight back.  I doubt either man knew his attackers.  Till and Evers were killed because they were black in Mississippi and were challenging the social and societal norms, plain and simple.

Martin was killed because Gerorge Zimmerman was a cop wannabe, a frustrated neighborhood watch volunteer, who could not get hired by any police department. Instead of watch, he tracked and engaged.  Instead of calling the police, he decided to try to do their job for them.  We now know why Zimmerman was never hired by the police.  He didn’t kill Martin because Martin was an uppity black, he killed Martin because Martin fought back and by the looks of things, was kicking Zimmerman’s ass.  So Zimmerman took the cowardly way out and shot an unarmed boy.

Till knew talking to white women or whites in general was dangerous.  He challenged that.  He paid for it with a gruesome death.  Look at your 14 year old and imagine him being taken from your home and savaged in the night and you can do nothing about it.

Evers knew being the face of the NAACP in Mississippi in the 60’s was life threatening. He did it anyway.  Because he felt as a lot of us do.  All Americans should have them same rights as everyone else.

Trayvon Martin’s death is tragic.  It should not have happened.  But let’s not compare Martin’s death to the deaths of a boy and a man both murdered changing the course of civil rights history in this country.

Trayvon Martin the same as Emmitt Till and Medgar Evers?

I’m not seeing it.