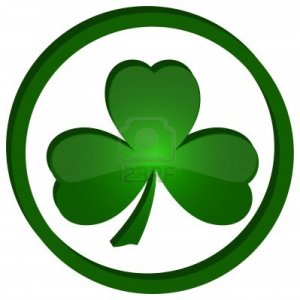 Just for full disclosure, this post has nothing to do with politics. I’ll get back to serious stuff next week. For now, just a little Saint Patrick’s Day rumination.

I like Saint Patrick’s Day, one of my favorites. I’m not sure why, maybe it’s because it’s one of the few holidays people still celebrate that I have no expectations of having to do anything.

In that funny little way our mind has of linking things together, I was reminded of an occurrence from my past.  That little leprechaun naturally caused me to start thinking about Lucky Charms, because of that little leprechaun that says “They’re magically delicious!”  Well, Lucky Charms was my youngest son’s favorite cereal. Not just when he was a kid, when he was a teenager as well. He liked them so much, that on his 16th birthday, his girlfriend bought two boxes of the cereal, took all the marshmallows out of one box and combined them with the other.  Twice the marshmallows! Because, you see, when that little leprechaun says “They’re magically delicious!” he’s talking about the marshmallows, not the cereal, you can get that anywhere.

Here’s the story. We all have skeletons in our closet.  Here’s one of mine. I’m coming clean on this one.

Around this time I was studying for my masters, and every once in a while you need a little break. So,  I discovered, quite by accident (I’m sure), that if you shook the Lucky Charms box, or, even better, the Tupperware container that my wife put cereal in at that time, that those little marshmallows would come to the top! To be fair, I would chant a little magical phrase (me lucky charms, me lucky charms) but I don’t think that had much to do with it. So, you know, I could take a little break “shake the box” have a treat of those miniature little bits of flavor magic.

Until that fateful day. Probably due to a bad sense of planning or timing, I was “shaking the box” one evening when my son walked in the kitchen. There was that awful, frozen moment of silence. My son, (who knew I didn’t eat cereal) beginning to understand what I was doing, me, frozen in a moment of guilt never matched by any canary-eating cat.

Honestly, I don’t remember much past his opening salvo. Dad!…….DAD!!!!!. Whatever it was I’m sure it could go in the “Son chews out Dad” hall-of-shame. The crescendo built as he:

I took the butt-chewing head-on, guilty as charged, no judge, no jury. It was a furious, withering upbraid. I was so traumatized with parental guilt, the classic “hand caught in the cookie jar,”  I never “shook the box” again.  I believe the last time this story was told, in the tradition of “Families telling stories” on each other, he was still mad.

I haven’t been to a “box-shakers anonymous” meeting in years, although I met some good people there. As an empty-nester for many years now, with no cereal-eaters in the house, I’ve not had the opportunity to test my willpower in a long time.  However, those tasty little bits still call to me once in a while…”We’re magically delicious….still.”

Of course, now Justin has a son of his own. Hmmm… I wonder if little Jonah will like Lucky Charms….