Ah, the sequester. We’re all panicked, and teachers across the country are getting laid off, Obama said so. Except in Chicago, where they’ve decided to include sex education in kindergarten. Yea, kindergarten.

Yes, it’s quite the plan, going all the way up through the fifth grade. Read about it here.

Well, let’s see here. We all know, I assume, how badly American schools trail other countries in academics. In a recent ranking, American students ranked 25th in math, 17th in science and 14th in reading (Huffington Post). You know, that would be the three R’s, reading, writing, and ‘rithmatic, so to speak. So, here’s a way to get better, let’s start teaching sex education through the fifth grade. That would surely help.

Well, see, there’s a bigger agenda here. Several, actually. First, you, dear parent, certainly can’t be trusted to teach your children about the “S” word. No, too much parental responsibility there. We’ll have to let the government do that, because you might teach your children what you want them to believe instead of what the government wants them to believe. Because the other agenda, of course is to teach them, to quote the article “…instruction will cover sexual orientation and gender identity. Students will be introduced to terms and definitions associated with sexual identity, including those related to heterosexual and LGBT populations, in an effort to bring awareness, promote tolerance and prevent bullying, said the school board.” Well, this is certainly what fifth graders need.

See, the government wouldn’t want to teach little Heather about the basics of biology and reproduction, and then let her go home where one of Heathers two mommies will have to explain why one of them doesn’t have a penis. Because one of Heathers two mommies might explain that people that aren’t accepting of their lifestyle are troglodytic bigoted homophobes who still hang on to some antiquated notion of “tab b goes into slot a.” “See, little Heather,” mommy 1 might say, “Those people aren’t enlighted, open or accepting. People that are enlighted, open and accepting are those people that think like us. See how that works. If people don’t think like us, they are troglodytic…well, you get the picture. We’re the open-minded ones. Now go play with your gender-neutral toys until you decide what gender you want to be and who you’ll want to sleep with.” No, we should leave complicated explanations like that to the government. Ah, progress indeed.

However, I’ve gotten a little off topic. Back to the subject, unless you’ve gotten so angry with me that you’ve stopped reading. See, I don’t give a rat’s red rump about Heather’s two mommies. It’s a different subject. We’re talking about education, and that shouldn’t be part of the discussion, if you’ve made it this far. I’d like for Heather to be able to compete on an international level at the three R’s. So we could start to narrow the gap between us, Finland, and South Korea, let’s say. So that we could once again be on the international stage, academically. We’re falling behind precisely because of nonsense like this, and we’re all allowing it. We’re not educating our children, because some on the spectrum have decided that social sexual issues are more important than teaching our kids curriculum that would help them in the hard sciences. Progress indeed. Like the frog that’s starting to boil in the pot.

Keep sex out of the schools. Families should teach their children. Yea, except we don’t, right? Too busy with American Idol? 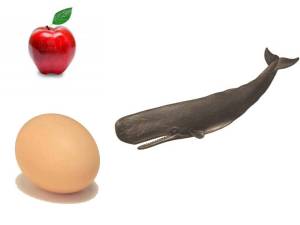