I remember earlier in my life watching a movie about the homeless. One of those made for TV things, I don’t remember the name, I think it was about a Vietnam vet named Mitch Snyder. After the movie, on “Nightline,” I think,  they did an interview with an individual regarding the homeless, and he made some statement such as  “x-number of people are becoming homeless everyday.” I remember thinking that seemed like a large number, so I got my calculator, the old TI-95, and did a little ciphering. I calculated the number the guy just gave and determined that in six months, half of America would be homeless. Ridiculous. Even as a disinterested bystander, I thought that was, uh, B.S. However, on the news, the number wasn’t questioned, and that made me wonder. Like, the smart people doing the interview didn’t say “What! Ok, now hold on here, are you saying that…” You know, just doing some reporting, investigating, stuff like that. But “the homeless,” which we called bums when I was a kid, was a big social issue at the time. Thus began my suspicions that the media was biased, although I didn’t understand that term at the time.

And yes, Fran, I did have a crush on Diane Sawyer, (for years, actually) until her slanted representations of the news finally got to me. Her comment “America is yawning at the Starr Report” before any “Americans” had actually had a chance to read it, was the final straw. The Starr report was released at midnight, on the internet. She made that comment the following morning, 7 a.m.

The Starr report was an investigation, with the approval of the then Attorney General Janet Reno, into such things as Whitewater, firing of travel agents, and a general investigation into the fact that Bill Clinton was a good-ol-boy-scumbag. But this post isn’t about Bill’s misuse of his power and authority in influencing a young, impressionable woman into giving him hum jobs in the oval office. I digress. Chief Executive indeed.

So, in my mind, media bias isn’t a topic, it’s a fact. The rapid rise of Fox to prominence should be obvious in that light. Approximately half of Americans finally found a news outlet that reported things with a slant they agreed with. So, if you want to debate media bias, ‘s find someone else, it’s a done deal in my mind.  If you want to investigate, at least read one of Bernard Goldberg’s books. They kind of prove the point.

So, the question is, what’s the impact, what does it matter. Ah, now we get to a point.

Well, first of all, we can all be influenced. No, not you, reading this post. Just everyone else. Ok, so I’m not that smart. What I want you to do is watch this video.

Ok, if you’re not going to watch it now, I’ll summarize and you can watch it later. Liberal media bias affects the way the average American votes, and this video makes the following three points:

3)      Media bias can be measured precisely and scientifically

I can’t make the point any better than they do. Still not curious? Shame on you.

The news is not what it used to be. Dan Rather’s failed  reporting about George W. Bush in the Air National Guard pretty much killed the end of that era. The 24-hour news cycle, electronic access, and social media have further degraded the “news” that I was brought up with as a kid. However, it still has an impact. Figure out who you are, what you believe, and let that guide your decisions. That, or be a sheep. 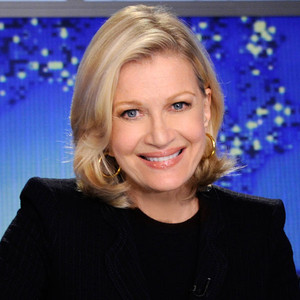