Here’s a reprint of a post I made on another blog. Look, I love the post office. My father-in-law works there. But….just bring me my mail on Mondays, please. There’s only two things that I get in the mail that I care about. They’re both runners magazines.

So, I can filter my e-mail precisely, unfollow on Twitter, de-friend or acquaintance on Facebook, I’ve even been able to “opt out” of unwanted phone calls. But I can’t stop the Post Office from giving me crap I don’t want.

Next, I don’t want anything that doesn’t come in an envelope. If I want coupons, I’ll go buy a Sunday paper, (which I don’t get anymore either) or get them online.

There now, I’ve just eliminated 80% of the crap that I don’t want, saved a few forests, and a few postman’s backs. And maybe the post office would save some money, or at the least, offer a little better service from the ol pony express.

Come on, post office, join the rest of us in this century. 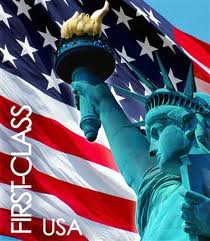