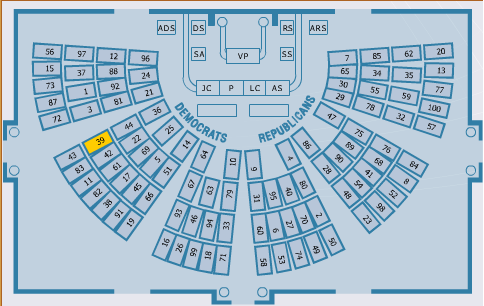 Romney takes Arizona and Nebraska.  Obama gets New Mexico.  All predicted.  Still coming down to Florida, Ohio and Virginia.

More puzzling than the Presidential race is the race for the Senate.  The republicans are literally getting run off the floor of the Senate.  Sherrod Brown (D) of Ohio has been reelected in a race republicans thought was ripe for picking.  Tim Kaine (D) Virginia has defended the seat vacated by retiring senator Jim Webb (D).   Just a shellacking.

As someone said on facebook of all places, it doesn’t matter if Romney wins, the country is moving left.  Sort of true, but some governors races are tilting republican.  So hard to say.  But there will be a reckoning within the republican party for the ass kicking they are taking on the senate floor.  Republican National Chairman Reince Preibus will most likely resign if Romney loses.

Either way, big shake up and refocus needed in republican land.  The question framing the shake up: If Obama is so bad why is the race so tight.  Indeed, the R’s took what looked like an uncontested layup and turned it into a double teamed three pointer at the buzzer.

So still waiting and still here.